Recently, mineral makeup has become a fixture in so many informercials that are seen on TV as well as in various forms of publications. Its aesthetic as well as skin care benefits have presented a number of sizzling topics from among beauty experts and makeup artists. Its popularity was eventually translated into the heightened demand for this new age of cosmetic product. By some miracle, many of the cosmetic companies have joined the bandwagon of creating their own new line of mineral makeup, all of which claims a revolutionary feature on beauty and aesthetics as well as in skin care to catch the consumer’s eye. Although mineral makeup has just caught enough attention just in the recent years, it was already existent since 1970’s.

Mineral makeup, as the name implies, is a cosmetic product that is made from all-natural and finely ground earth materials. Many of the product brands and manufacturers claim that this line of makeup is free from any of the chemicals, dyes and preservatives that were used among traditional makeup. Although this product has virtually exploded in sales and popularity in the beauty market, the secret to its marketability lies on one earth mineral- Zinc.

For years, zinc and Zn compounds were used in manufacturing foundations and other popular makeup. In doing away with the common irritants that were found present among traditional formulations of makeup, Zn-based makeup were made to become more agreeable for use of people suffering from skin conditions such as rosacea. Zn is one of the earth elements that are now used in their pure form to be kinder to all skin types. Either as binders, synthetic dyes and preservatives, the skin-friendly properties of this earth ingredient has significantly helped create a marketable image for mineral makeup.

The earth mineral zinc has derived its name from the German word Zn or zinke, which means a sharp point or jag. This is due to the shape in which it was found deposited from the earth. Zn is considered a metallic element. However, this moderately reactive bluish grey metal tarnishes in moist air and is nonmagnetic. In its pure form, it reacts with dilute acids and alkalis. With regards to the manufacture of mineral makeup, Zn compounds are used. Zinc-oxide and zinc-stearate are found ever present from among foundations and other types of makeup. The different names under which you will find Zn ores are franklinite, , willemite , rhodonite, tephorite, as well as the stones zincite and fowelerite. 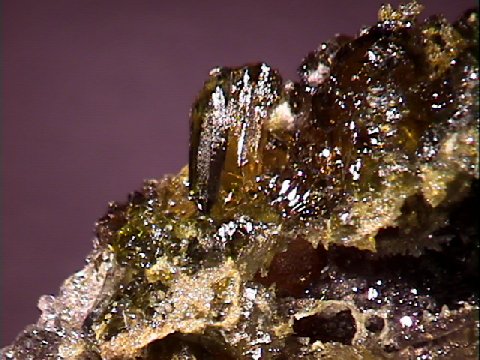 Zinc stearate is the Zn compound that is typically used as an anti-caking agent as it is insoluble in water. It exhibits a capacity to absorb excess moisture by coating every makeup particle, making them water repellent. This property is especially beneficial in developing foundations, which makes it an effective aesthetic enhancer. Since it does away with moisture, it allows ease in the application and in creating texture from among cosmetic products. For more adhesion, this compound is typically added on powders and foundations to allow high coverage and even sun protection. It exhibits a property that calms the skin from irritation, making mineral makeup ideally used by people of sensitive skin. Some of the cosmetic products that used Zn stearate as one of their ingredients include eyeshadow, facial powder, blush, foundation, bronzers, brow liners, body powder, body lotions, concealers, eye liner and oil controller.

Zinc oxide is the best-known and widely used Zn compound in manufacturing mineral makeup. It is actually prevents and protects skin against burns and irritation, making it ever present as one of the common ingredients of ointments that are used to relieve sunburn, windburn and diaper rash. The healing properties of Zn oxide have earned an FDA approval of its use as a skin protectant. For cosmetic use, this Zn compound is a very good sunscreen agent, particularly for people of sensitive skin. Mineral makeup powders contain about 25% concentration of Zn oxide. Among popular brands of SPF 15 liquid foundation, Zn oxide is used as their active sunscreen ingredient. In fact, the amount or concentration of Zn oxide is one of the common gauges that tell somebody who knows makeup of a product’s coverage and opaque quality.

Although zinc and Zn compounds have given mineral makeup its reputation of being safe and ideal for all skin types, they have their critics to live with. While some disagree with the benefits that it offers among makeup users, their significant contributions to the improvement of the quality of traditional forms of makeup are not to be overlooked. Zinc and Zn compounds have given mineral makeup hidden natural benefits. The truth in this claim is emphasized by their presence in many of the high-quality cosmetic products that are under reputable brands. The legality of its use and appeal to consumer’s safety are backed by an FDA approval, which these compounds have earned through laboratory tests. It is understandable that many people doubt the benefits that these ingredients bring. However, nobody can deny the great change and skin care benefits that these compounds managed to introduce to many of today’s reputable and trusted cosmetic product brands.

back to the top of zinc page back to the natural benefits of mineral makeup.